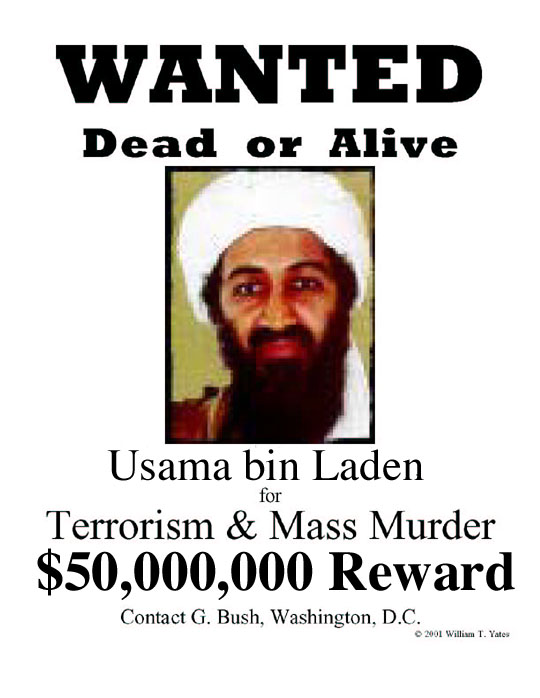 Bin Laden is dead. God bless our military.  GW Bush has been vindicated.  The irony that it happened under the watch of a anti-war president is not lost on me.  One down, several thousand to go.  Well done troops! Well done!

7 thoughts on “Bin Laden is Dead”