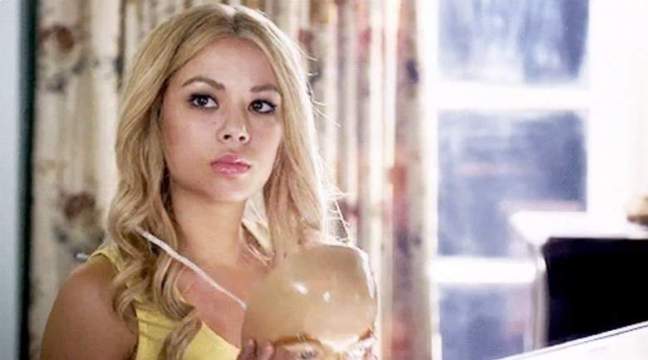 Well the producers of the highly popular and highly addictive Pretty Little Liars promised a big reveal and I’d say they succeeded.

Of course they still left a lot of questions:

What is up with Andrew? Is he A’s henchman? Is it just a rule that any character whose name starts with A has to be used at a red herring at some point in the plot line?

If A is Charles why identify as A? Does it stand for Anonymous because of all the years he had to hide from sight so people wouldn’t know Jessica Di Laurentis gave birth to twins?

Was he forced to pretend to be a girl?

Where has he been all this time? Radley?

Is that why Toby’s mother had to die because she knew about the two boys?

Why were the girls in a different location from the ‘control’ room?

Charles definitely seems to be everywhere?

Will Tanner stop being such a dick and get with the program?

And that scene with Spencer and “Charles” – why did he hesitate? Is it because Spencer is his half-sister? (Maybe Ali isn’t his favorite)

And why God why didn’t they rip his mask off before they did the whole blowing out the generator trick?

Oh well, guess we have to wait for the summer season to find out the answers and of course have more questions to replace these.

And yay, I was right Mona is not dead. And kind of right that A is Jason, because you twins…close, right?