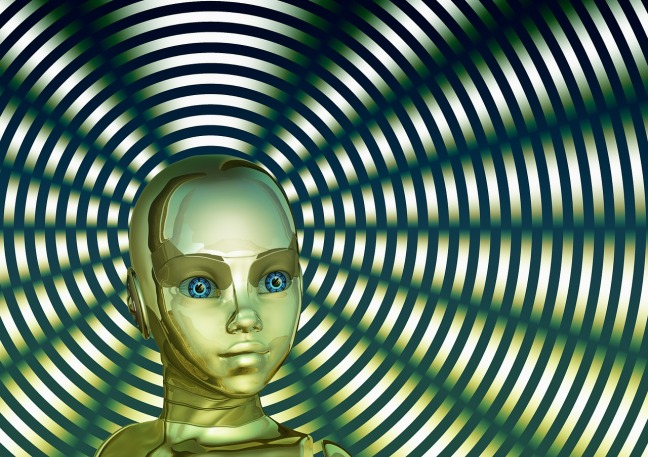 Are you a sci-fi fan? Maybe you read so much sci-fi that you’ve begun to feel a terrible distrust of machines. After all, they are going to take over the world someday right? I mean, humans are so blasé and breakable. And they have all those pesky emotions. Why wouldn’t emotionless ‘logical’ machines kick our butts and take over the world?

Well, rest assured I don’t think we’re in any serious danger because…

1. They break. I don’t care how cool a machine is or how many bells or whistles it has – someday it will break. And at the most inconvenient time. I mean think about it, all it takes is a crappy power supply and your computer just lays there. Machines are not indestructible.
2. They are only as smart as the human that made them. Even the most brilliant humans in the world don’t understand the human brain/mind. Therefore they cannot replicate it and put it into a machine. They can load it up with facts and data. But as they say information is not knowledge. It just gives you an edge in Trivial Pursuit.
3. They have no common sense. No matter how hard Bill Gates and other software developers have tried, they have yet to create software that is truly intuitive. What passes for intuitive is usually intrusive. Machines cannot anticipate what humans will do. And there is no software that can either.
4. They are no match for mother nature. Just leave any machine out in the Mojave Desert for a week and see what happens. Or drop it in the ocean for a few days. Leave it outside during a hurricane. Or drop it in the middle of a forest fire. See my point?
5. They have no sense of humor. Everybody knows that in order to survive on this planet you have to be able to laugh at yourself. If not you will go stark raving mad. A machine has no ability to see humor much less replicate it or ‘feel’ it.
6. They have no charisma. If you can’t turn on the charm how are you going to persuade anyone to do what you want?
7. They can be turned off. Although humans can be stopped it usually takes a bullets, drugs or some other considerable force to turn them off. Machines are all built with on/off switches. And power sources. Cut the switch or the power and they become a pile of parts.
8. They can’t think. While some might argue that we already have machines that think for us and there seems to be some empirical data showing that, the truth is a machine can only make computations based on whatever data it may contain. Humans have thousands of thoughts a minute, probably millions a day – but not based on data alone. It’s combination of data, perception, experience and knowledge.Machines are not sentient and can’t do that.
9. Humans won’t let them. No matter what others may say or think about this thing called the human race, one thing is for sure – we want to survive. It may be that humans have the strongest survival instinct of any living creatures. If you just look at history and what humans have survived and in fact triumphed over, it should give you pause. And even though there may be a lot of sheeple in the world who might surrender to a machine takeover, there are enough of us who would say hell no and kick their asses.

How about you? Afraid machines are taking over the world? How do you think they might do it? Feel free to espouse your theories in the comments.