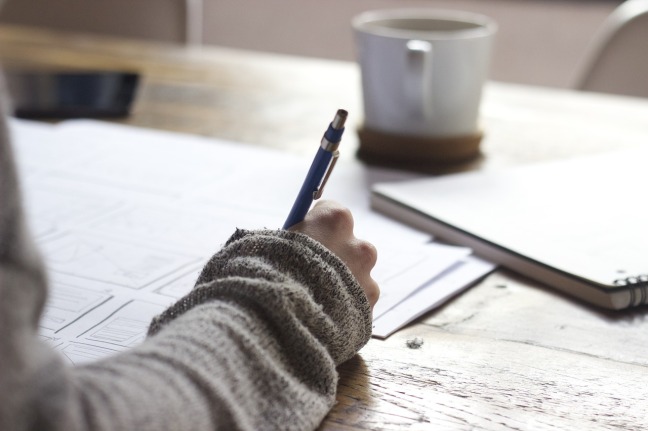 Much of the creative world is built around secrets. Creatives and those who market, manage, and leverage them are very hush-hush about projects – lest someone steal it or leak it. Surprise I suppose is the proffered reason. And controlling the message. And probably most important – ensuring no one else beats you to the punch.

The publishing industry is no exception to the rule. Which may be why so many authors find it exceedingly difficult to break in to the inner circle of successful authorship. And even of those authors who do manage to break in, the majority of them:

Although many mainstream best-selling authors offer advice, write books, create courses, and espouse formulas that they followed to become successful – as far as I can tell – these offerings do little to nothing to help hopeful authors actually succeed.

Then Amazon did this wild and crazy thing – they created an eReader. And then created a platform for writers to publish and sell their own works to a practically limitless audience. And authors started to succeed on their own where the publishing industry had let them down.

Say what you will about indie authors and criticize them all you like but in my mind there is a significant difference between them and mainstream traditional authors. They talk. They don’t keep secrets. Most of them will tell you everything they did, with copious details, to succeed. Because they aren’t beholding to a publishing company or contract. They are free to create and share any and all of their experiences. Often with wild abandon. Because they want to help other authors succeed. And they want readers to have more choices. Secrets by and large don’t seem to matter to them. Go figure. More books, more choices, more readers seem to be the priorities.

Indie author up close and personal

I’m about to self publish a 3-book mystery series and as part of my prep leading into the release of the books I have a list. One of the things on that list was to pick a successful indie author and study them. So last week I picked a well-known indie author and read his entire blog. It took me about five days to read five years of blog posts. I was totally immersed in this fellow’s world and journey for nearly a week and I have to say I learned a lot:

The good news is that anyone who is willing to do the work, can publish and succeed. And that success can be and should be defined by the author. You want to be a best seller? Great then go for it. You’d be happy to be a working author who can quit your day job and live on your author earnings – you can do that too. As long as you do the work.

You have to do the work. You have to make choices. Sacrifices. You won’t get there by turning out one book every two years. You won’t get there by sitting around playing video games. If you don’t approach it as a business and accept that you are also a publisher and have all the attendant duties and obligations of a publisher it won’t happen. And it can and probably will take years. It ain’t a sprint, it’s definitely a marathon.

There is no editorial censoring. You can write the stories that you want to write. The stories you feel you were meant to write. You don’t have to write formulaic drivel because that’s what sells. You can maintain your own true voice and creative integrity. And you can find a readership who wants to read your stories.

It’s all on you. There are no editors or publishers to blame. There are no agents to bitch about. There is only you, your work, the quality of your work and your own marketing efforts. And luck too plays a part. Being at the right place at the right time. That is something over which you have no control.

I believe the one thing that all indie authors have in common is a pioneer spirit. Though they may be nervous or afraid they are still willing to explore the unknown. To blaze new trails. To go in their own direction and take a risk on themselves. To invest in themselves. And to accept each step as its own lesson, even if that step fails. They may not succeed but it won’t be for any want of trying. And if they do then that success is all the sweeter because they did it their way. They bet on themselves and won.

Is self-publishing for everyone?

I don’t know. But I don’t think that it is. There are some authors who want the security of a publishing company. They want to have someone else provide the infrastructure and follow a game plan that in large part is set by someone else. Or perhaps they need someone to keep them on the path, to issue deadlines, to insist they do the work. When you self-publish that all falls on your shoulders. There is no one watching to make sure you do what you’re supposed to do. That you keep writing, that you continue to produce, sell, market and do the work. And that’s fine. All authors should follow the path that works for them. If you want a publisher then absolutely go that way. If you’re willing to take all the risks yourself then go that way. The great thing is that you can choose and aren’t forced into choosing a path you don’t want.

So as I approach my own self-publishing adventure, I look forward to it with elation and fear. I truly have no idea what will happen. Or if anything will happen. Not one clue. It’s a crap shoot for sure. And I’ve already started the next series because that’s what I do. Write. Will I ever be on that list of best-selling indie authors? It’s anybody’s guess. But like they say, go big or stay home. Right?

How about you? What do you think about indie authors? Are you an indie author. Do you plan to self publish? Or have you already? Any tips or lessons learned you’d like to share?

8 thoughts on “Writing, secrets and self-publishing”