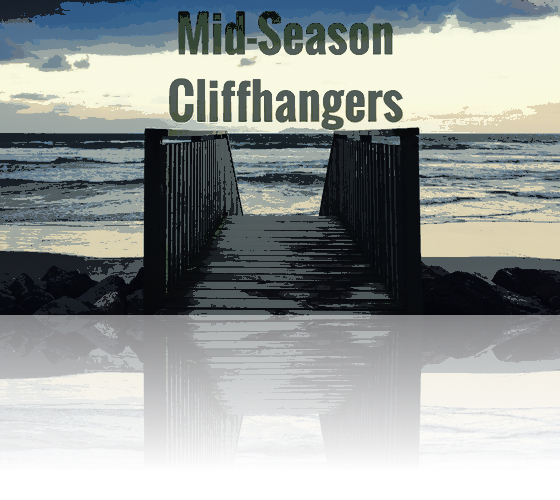 Well, the holiday season is officially upon as signaled by the slew of mid-season finales we’ve had in the last few days.

The Blacklist. Yikes, Red is Elizabeth Keen’s father. My shocked face. Not really. I’ve thought so all along. But I was wondering…if Lizzie was smart enough to do a DNA test on the Russian dude to verify paternity, why has it not occurred to her to do the same to Red? She could easily get his DNA. For a woman so smart, I wonder why she hasn’t thought of doing that. The finale also opened a few questions for me:

Blindspot. This was not as much of a cliffhanger as the Blacklist IMHO but it was pretty good. Speaking for myself, I always thought there was something hinky about the in-house psychologist. Poor Patterson, so unlucky in love, I kind of hope she shot him. Though something tells me he’s not as much of a bad guy as we may think. Roman shot Shepard but only winged her, so we know she’ll be back to raise havoc. And I liked how Jane decided to give Roman a ‘new life.’ That was very clever and unexpected. Questions I hope will be answered when the series returns:

Grey’s Anatomy. I don’t know about you but I screamed, “Well, it’s about time!” When Jo finally told Alex the truth. I’m hoping that somehow that translates into Alex not being sent to jail. Amelia leaving Owen was predictable, unfortunately, and I hope she grows up some. For the most part not too much of a cliffhanger, except as to what Alex will decide to do. Questions:

How to get away with murder. I sometimes wonder why I watch this show, since most of the characters are so hard to like. Yet still, I’m addicted to it. Okay, did anybody see Wes as the dead victim, coming? I didn’t. I was sure it was Nate. My theory is that Frank the big bag of rocks that he is, wired the house with the bomb, in order to hide evidence, but of course ended up killing people. Not sure if he killed Wes though – but it could be over jealousy of Laurel. My assumption is that Annalise being on trial will take up the remainder of the season with the verdict about to be announced as the cliffhanger. Questions:

So, that’s my roundup on the mid-season finales. What’s your take? What do you think will happen? What favorite shows are you watching and wondering about? Feel free to tell me in the comments.