Today, we welcome Christian and YA author Patricia Bell who discusses her experiences with bullying and how it led her to become a writer and advocate for young people.

For fifteen-year-old Karina Murberry, Life is about to change. When her drug dealing mother lands in jail, she finds herself sleeping on a park bench. What’s a girl to do? Just as she’s resolved herself to the idea of entering a group home full of bully’s and cockroaches, her principal discovers a mysterious emergency contact in her file.

How being bullied led me to become a writer

Growing up, I was not the prettiest or the most popular. As a matter of fact, I didn’t fit well into any group. I wasn’t athletic or particularly smart. I wasn’t a stoner or a nerd. I was mostly out of place. I had very little self-esteem and was picked on, sometimes relentlessly. It took a long time, to realize that I was loved by at least someone. God the creator. If only someone had been there to encourage me as a child.

It’s funny, really, now that I think about it. The way other children can get under your skin, and make you feel worthless. If the same thing were happening now, I’d probably let it roll off my back or at least pretend it did, and then go home and cry where no one can see.

But as a child, and being the youngest of seven, I was an emotional basket case. Kids would call me names and I’d cry. They would befriend me only to treat me badly. And somehow, I never learned. Then of course I would go home, and my brothers and sisters would pick on me some more. “Stop being a baby.” They’d tell me.  It was always the same thing. My mother would say. “Don’t you cry. That’s what they want.”  I’m sure that was true, but when you wear your heart on your sleeve, crying isn’t an option, it’s a heartfelt reaction. It cannot be shut off like a leaky faucet.

I think if just once, I’d have been given a hug instead of a lecture, I may have grown up with more confidence in myself and my abilities.

At the age of seventeen, I wanted to be a writer. I would write stories and poetry. I was artistic and loved all kinds of creativity. After entering a poetry contest and being told that I would never be a good writer because my poetry rhymed, I put the pen away and didn’t pick it up again until I was in my thirties.

To those who feel less than adequate, or did so as a child and still suffer with it as I sometimes do, I want to be a help. To be an encourager. A lover. And I want to show the love of God, in everything I do.

As a Christian author, and one who has a heart for children and teens who struggle, I wrote the Karina’s Journey stories to engage the hearts of those who are either teenagers who are going through a similar situation, adults who are as passionate about saving our youth as I am, and those who just want a nice, feel good story.

The Karina’s Journey series  is about a teenage girl who struggles with her identity. Like many teenagers, she wants to know who she is. But unlike the average teenager, Karina’s entire life is made up from lies. Throughout her journey, she finds love and friendships in the most unlikely places. 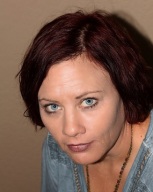 Patricia Bell is an Arizonian, who has traveled much of the world. Growing up a military brat and joining the Navy herself, at the age of eighteen, has allowed her to see many places and experience the world. She’s also served on Mission trips to Uganda, Africa, which has greatly changed her perspective on life and living.

She has since settled down and now writes YA and Mystery Novels. She is an Avid reader of Christian fiction of any kind, and sometimes dabbles into the unknown world of Stephen King, J.K. Rowling, and John Grisham.

She’s married to the love of her life and has three children who are now grown and facing the world on their own. Years of raising her teenagers has given her plenty of experience in the YA realm. As a matter of fact, if you read her stories, you may glimpse some of their characteristics within.