Piper Taylor concedes she’ll never fall in love, until a treacherous storm spirals her into the arms of the handsome Nick Cramer. Unrelenting remorse over a past relationship haunts Nick, but he can’t deny the mysterious connection and hot desire Piper evokes.

The allure of a secret portal hidden beneath Atlanta’s Lake Lanier tempts him into seizing the opportunity to change his mistakes. But his time slip triggers consequences beyond his wildest dreams.

Can Piper avoid the international espionage and terrorism of 2001 New York, find Nick, and bring him home before he alters the fabric of time, or will the lovers drift forever Beyond The Mist

How a ‘Wrinkle in Time’ Inspired my Writing Career

For as long as I remember, I’ve loved the idea of supernatural. Not blatant horror stories, vampires, sci-fi aliens, or other worldly fantasy, but the notion of “what if” that entices imagination into believing there’s more than what meets the eye.

My fourth grade teacher nudged the author within me when she read aloud Madeleine L’Engles, A Wrinkle In Time. The enchanting story opened the door to my future. I read every time travel story I could get my hands on and watched every time slip movie. The question niggled at me. If time travel was “a thing” how would the concept likely occur?

Years later, when I heard about the eerie lore attached to Atlanta’s Lake Sidney Lanier, a man-made lake located in the foothills of the North Georgia Mountains, the tales fascinated me. Plagued with mysterious disappearances, freak accidents, strange phenomenon, and ghostly occurrences, the lake became the perfect setting for my passion to bloom.

What if the construction created more than a lake? What if the excavation triggered a seismic shift, which when given enough energy, opened a portal to a different dimension…a rip in time connecting past to future? I loved the possibilities. I envisioned a town that time forgot and the history and creepy tales attached to the rural area that sleeps beneath Atlanta’s famous lake, became book one of my Lake Lanier Mysteries, Beneath The Lake.

Homes, churches and buildings still linger beneath the surface, abandoned by displaced families and businesses. The moonshiners of the 1940’s added built-in suspense and sparked the birth of NASCAR. Looper Speedway, a half-mile dirt track where bootleggers competed with their souped-up cars, bared its cement stands in a recent draught. And there’s a Lady of the Lake who haunts the ghost town. Some say she lures victims to her watery grave. The truth is, swimmers get trapped among the deadfall of sheered-off trees and town remains. Even expert divers get tangled beneath the murky surface, hence the lake’s unnerving label: Lanier never gives up its dead.

I moved to Lake Lanier last year and my home overlooks a beautiful cove. The glimmering lake is a solace for me. Taking walks on trails around lake, and talking to neighbors who have lived in the area for generations feeds my muse. There’s no telling how many tales Lake Lanier Mysteries will yield, but if this inspiration should ever dry up, my passion for a touch of supernatural will keep me submerged in fodder. For now, Between The Shadows, book three, flourishes as my current work in progress. This story slips back to 1865 Georgia at the end of the Civil War, where two more Reynolds Cove characters promise to lure you into their own romantic suspense. I hope you all will join us as Lake Lanier Mysteries continues.

I love venues where I can talk about the inspiration behind writing. Thank you so much for hosting me, Anita. And thanks for reading everyone. 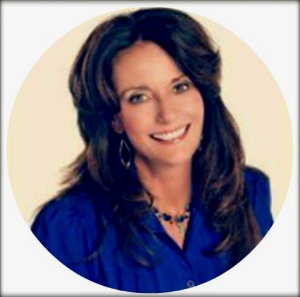 BIO: Award winning author, Casi McLean, pens novels to stir the soul with romance, suspense, and a sprinkle of magic. Her writing crosses genres from ethereal, captivating shorts with eerie twist endings to believable time slips, mystical plots, and sensual romantic suspense. Her novel Beneath The Lake, is the 2016 winner of the Gayle Wilson Award of Excellence for BEST Romantic Suspense.  If you’d like to learn more about Cassi you can visit her website, and follow her on Facebook and Twitter.