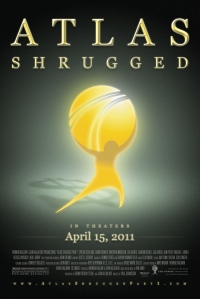 I have waited years to see Atlas Shrugged adapted to film. And now someone has. I have just returned from seeing the movie which surprisingly was screening in only two venues in the L.A. area. Also, surprisingly there were not lines snaking around the theater for tickets. Perhaps Atlas is an acquired taste that will catch on – I certainly hope so.

Anyone who has read the book knows that it was published in the 1950s and though I knew ahead of time the producers had decided to ‘modernize’ the story, I still longed to see it as a period piece. Though I will say that the producers despite the modernization (which is minimal) have remained very true to the story and the characters.

There is something indescribable about a reader’s connection to a book – how they imagine the characters look, sound, and move – what the locations are – how they smell, the colors – all of it becomes a sort of movie in the mind. Which can be problematic when you go see a well-loved book adapted to film – often times the film makers miss the small details, the nuance, etc. However, that was not the case for Atlas Shrugged – as I watched the movie, it felt as though the film makers had plucked my images from my head and put them on film. The roles were perfectly cast, all without even one bagillion dollar star among them. Indeed, the film makers brought Atlas Shrugged to life – at least for me. 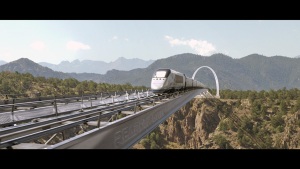 Because it a very long book, the film makers are making a trilogy to maintain the integrity of the story which I think is smart but I also found disappointing, as I would have been happy to sit through a six hour film. Of course that is just me and my attention may be longer than the norm.

Part I introduces us to many of main characters, the world in which they live and the increasing difficulty they face in pursuing their goals and dreams. A world of entitlement seekers and users who hold in contempt anyone not with the program. Slowly some of the exceptional rugged individuals (the creators as Ayn Rand refers to them) begin to disappear – leaving behind few to continue the good fight, which continues to get more difficult. The final scene has Dagny Taggart screaming, “No!” My sentiments, exactly – I didn’t want it to end.

I guess it’s time to pick up the novel again and get lost in the world of Atlas Shrugged.

For a taste of the film, watch the trailer below:

For anyone who loves the book – go see this film. Now. For anyone who has not read the book, read it and go see the film. And maybe if you do you will discover that you too are John Galt.

Video and pictures from The Strike Productions