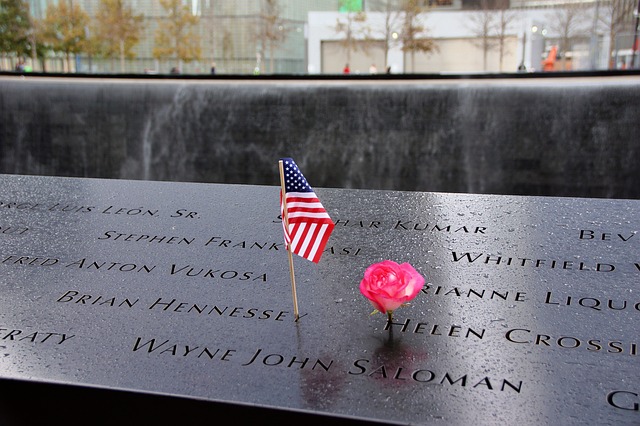 I think that most Americans (even those who were very young at the time) remember September 11, 2001. It’s so easy to remember for me, that I can’t believe it’s been 16 years.

Over the years there have been many schools of thought on what ‘really happened.” However, that is not my focus. My focus is on the thousands of Americans who lost their lives that day.

Following is a list of tributes I have written for people who lost their lives on that day. I post these tributes for the families and friends and for those of us who choose not to forget.

PS: Like many, I have friends and family directly in the path of Hurricane Irma. I pray for them and everyone potentially in danger. Please say a prayer for us all. 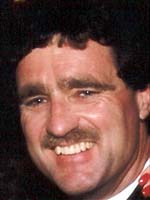 For several years now, a group of bloggers have banded together to write remembrances of September 11th victims for the 2996 project. And as the years pass, I suppose it is easier to forget and maybe some people want to. I as well as others, however, have promised never to forget. Nearly 3,000 Americans were killed that day through no fault of their own – simply by being in the wrong place at the wrong time. As the saying goes, “There but for the grace of God, go I.”

This year, I remember Bruce. Affectionately known as Chappy – although I couldn’t find out how or why he got his nickname – you’ve got to like a guy named Chappy, don’t you?

Bruce was one of many Cantor Fitzgerald employees who did not survive the attacks. He was strong, athletic and handsome. From all accounts a great father, husband and friend. Even though he was a financial broker for a prestigious firm, he was also a physical fitness advocate who regularly swam, biked and competed in marathons and triatholons.

He loved the ocean and often told his wife, Irene “The beach is my church.” He shared his love of the ocean with his daughters Brittany and Stacey. Like their father, they went on to be lifeguards, helping others, and looking out for people in trouble. And I’m sure, making him proud.

Chappy loved Hofstra University’s football, basketball and lacrosse teams, and attended most home games. In short, it seems that he was a great guy, with a lovely family and a love for life. Sadly, he was taken from his family on the day of his 19th wedding anniversary.

Rather than trying to speak for his family I will instead offer his wife’s words:

“The pain is there every single day. Time does not heal. You learn to kind of put your grief in your back pocket and carry it along with you. My husband is on my mind 24 hours a day. I don’t think that will ever go away and that’s good. I have memories of him. They’re not sad memories. We talk about him all the time. We laugh about the quirky things he would do. He would be happy that we’re happy I had 19 wonderful years. As sad as it is, at least I have that. Those memories will never go away.”

I cannot know what was in Chappy’s mind when he went into work that day or his last thoughts. Nor can I know what the loss of this man in his family’s and friend’s lives has meant. I can only say that the world is a little less happy because he is missing from it. And maybe someday when you’re at the beach you might catch a glint of something special, the spirit of a man who loved that vast expanse of water and whose sparkle reflects on aquamarine waves.

With honor and respect,
Writer Chick