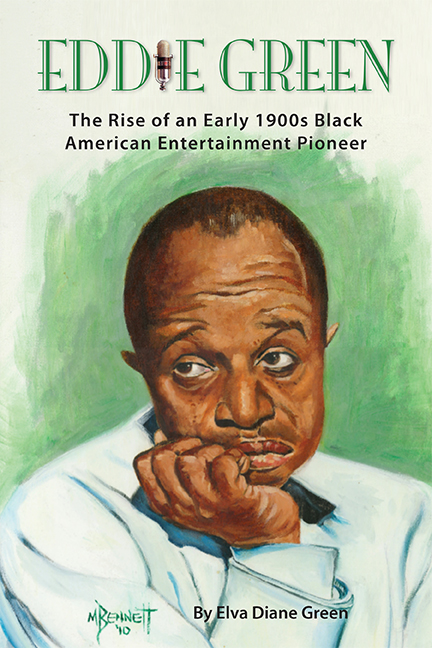 Today, we welcome biographer Elva Diane Green, who discusses writing a biography of her entertainment pioneer father, Eddie Green who was an actor, playwright, singer, dancer and all around performer – in short, a real Renaissance Man.

Note from the author: “In 2014 I started a blog to chronicle the writing of a book about my father, Eddie Green. First blog. First book. First laptop. Because according to the internet when writing a book I needed a “platform”. I needed a “following.” I needed to get the right publisher, and learn how to write a query letter. After spending too much time agonizing over what was what, I just gathered all of my papers and started writing. On the blog I began at the beginning, adding anecdotes and photos and funny pictures from Google’s advanced image search, and along with the blog I also began writing my book.”

Take it away Elva!

My Writing Journey as My Father’s Biographer

I decided to write the book in 1996. My father was famous. But my reason for writing the book was not because of his fame but because of the inspiration his story could provide for my grandson. As a child, my grandson was convinced of his inability to complete homework assignments. His words were always “I can’t.” I figured I could provide inspiration for him by writing a book about his great-grandfather who had become successful during the early 1900s. The inspiring part was evident in that Eddie was a Black man, and in those early days in America just to survive was a struggle for Black men.

While working on this book I came to realize that it could inspire not just my grandson Edward, but other young people like him. It could inspire anyone, actually, who felt an inability to succeed or who had run into obstacles while trying to achieve their goals. The title of the book became Eddie Green The Rise of an Early 1900s Black American Entertainment Pioneer. It is a rags-to-riches story of a man who became a filmmaker, a Broadway and movie star, a composer, and an Old Time Radio icon. His career spanned the years from 1917 until his death in 1950. As an entrepreneur he was a music producer, he owned a string of restaurants and headed two movie and television studios, Sepia Art Pictures Co. and Sepia Productions, Inc.

I was only three when Eddie died and my memories of him are vague. My mother, Norma, told me about some of his achievements. I say some because I did not find out about the restaurants (and a few other things, which I will get to further down) until 2015. She told me he became famous as a result of being cast as Eddie, the waiter in the popular, long-running radio program Duffy’s Tavern. That he had also played the lawyer, LaGuardia “Stonewall” Jackson, in the Amos ‘n’ Andy radio program. When I was eight years old she allowed me to stay up late one night to watch the Paramount movie Duffy’s Tavern (1945), because Eddie had been chosen to portray his radio character, Eddie, the waiter, in the movie.

Mom also told me that in 1917 Eddie wrote his most famous song “A Good Man is Hard to Find” and that Frank Sinatra had recorded the song. She did not tell me of the fifty or more other folks who had recorded the song. I was told that Eddie had performed on stage in a theater production where he sang “Titwillow”: “On a tree by a river a little tom-tit, Sang “Willow, titwillow, titwillow!” What I was not told is that the song was from the theater adaptation of Gilbert and Sullivan’s The Mikado. The adaptation was produced by Mike Todd and titled the Hot Mikado and featured an all-Black cast starring Bill “Bojangles” Robinson. Eddie played the part of KoKo, the High Executioner. I learned this in 2015 which is also when I learned that the show was performed on Broadway and at the 1939-1940 NY World’s Fair. For a brief glimpse of the performance it can be seen on YouTube.

Anyhow, my mother and I began the process of writing the book. As I began research in the old newspaper archives, I kept finding more and more information which led to more and more research, that began to make for a lengthy process. Life stepped in and that process became delayed. I lost a job, went back to school and in 2006 mom’s health began to fail and I put the book aside. After mom passed I decided to put both feet into getting the book done as a way to handle my grief. The thing was, once I got back into the research I found still more information. Surprising information. I was flabbergasted. I couldn’t begin the writing process because I could not stop reading all the newspaper clippings about my father.

Imagine my surprise as I discovered that my mom was Eddie’s fourth wife. When I discovered that Eddie had worked the Apollo. When I discovered he made five movies not just one. I discovered that he worked with Paul Robeson on a radio show for Commander Byrd in the Antarctic. That he appeared on Jubilee radio shows for the United States service members during WWII. And that one of the radio skits was about Santa Claus bringing Private Eddie Green a Lena Horne doll as a Christmas present (the doll turned out to be the real Lena Horne.) There was much, much more. Remarkable.

I began to realize that Eddie had been “somebody.” Just like Lena or Robeson or Bill “Bojangles” Robinson. I also began to realize that if I mentioned “Bojangles” people knew who he was. If I mentioned Lena, people knew who she was. Not so when I mentioned Eddie Green. It was as if Eddie had simply vanished from the picture. And so my intent for this book expanded to include the mission of bringing my father’s name back to the fore of the public’s memory and to honor his vast amount of work.

Well, the book was published in 2016. I have been named the winner of the Foreword INDIES 2016 Bronze Book Award. I have just completed an interview with the National Public Radio (NPR) which will soon be available (I am told an author would give one of their molars for a chance like this). Thanks to my blog, this has been one experience that has kept my spirits up.

Anita, thank you for being a friend, a part of my mission and for asking me to guest post. 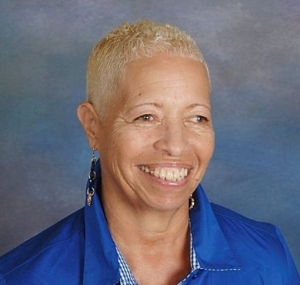 BIO: Elva Diane Green was born in and continues to live in Los Angeles, California. In 1996 she decided to write a book about her father, the legendary Eddie Green, to provide an example to her grandson of the ability of a person to succeed no matter the obstacles. Eddie Green The Rise of an Early 1900s Black American Entertainment Pioneer is the culmination of her extensive research into a book that draws the reader into the story of one of America’s most beloved comedians. Elva has been named the Foreword INDIES 2016 Bronze Book Award Winner. If you’d like to connect with Elva you can visit her blog, Pin in the Tush, follow her on Twitter, or Facebook.