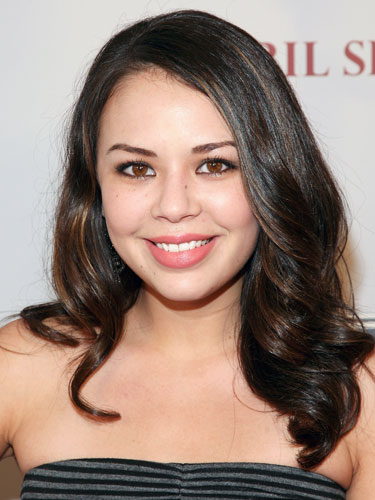 Anyone who has watched more than three episodes of PLL knows that nothing is ever at it seems. That’s why we’re hooked, because the producers and writers are so good at fooling us.

For years the producers convinced us that Ally was dead only to reveal not so long ago that Ally was not dead and had been on the run all that time. (Although the pragmatist in mean wonders how they could’ve buried the wrong girl, believing it to be Ally. DNA would’ve been used to establish identity and had it been used it wouldn’t have come back as an i.d. for Ally. But I digress…) And they also made us believe that Ezra and Toby were A. Not so much.

Where is Mona really and what is she doing?

Mona has always been a bit of a chameleon on the show, shedding one skin only to expose another. And consequently has had as many lives as a cat. She’s the character we love to hate, love to suspect, love to fear and ultimately feel sorry for because she is the epitome of the insecure high school girl who no matter how hard she tries only really wants acceptance and to fit in.

Right now we are to believe Mona is dead and Ally killed her. Hey we’ve got a video with a blonde stabbing her, right? Yes and no. We have the video but it’s all weird angles and blurs and we never see the attacker’s face. And while we were all sure that she was in that industrial barrel in the storage locker, surprise, it’s not her. Probably next season we’ll learn it’s CeeCee or Meredith or just some homeless guy who was in the wrong place at the wrong time.

I believe Mona is still alive and hiding out. Remember that hitherto unknown friend who just showed up in town? She’s blonde, right? What if Mona and her ‘friend’ cooked up the idea of setting up Ally? They staged the video and the crime scene and voila she’s dead. Mona is so tech savvy the video would’ve been a snap for her to make and she’s not squeamish either, so drawing a vile of her own blood she could’ve done without blinking. And most importantly, they can’t find her body. Now I know that Ally is resourceful but how far could she have taken a body and gotten rid of it? She’s just one 120 pound teenage girl after all. Also Mike’s mysterious behavior gives me pause. The bag of candy on the pier? Is it for Mona? Does he know she’s alive and Mike is helping her to get some much deserved payback? Could be. But to me, the fact that they never found Mona’s body tells me she is still alive.

I guess we’ll find out next season.

What do you think? Is Mona dead? If so, where is her body? Did Ally kill her or somebody else? Or, like me, do you expect her to show up in the flesh much like Ally did?