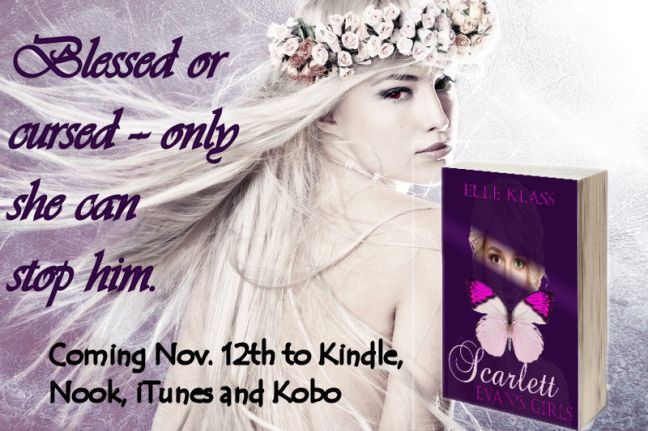 Elle’s new series, Evan’s Girls kicks off with the book, Scarlett. The book will release in November 2017 but is available for pre-order at Amazon. This is a story that will make you shudder in fear, cry from sadness and shout for in anger. Scarlett is told in 3 parts and Elle is offering Part I for free via Instafreebie, so get over there and download it today.

Book blurb: When my parents died I became a child no one wanted. Scooted from one foster home to another, facing evils no child should. A foster father who used abuse to control those around him, unloved children who took their insecurities out on others. I was ridiculed and bullied, but none of that was worse than who I was. The part of me that feared even itself.

When my biological half-sister and wealthy husband opened their home to me I thought the terrors of my past were over. That was the farthest thing from the truth. The tortures I faced forced me to accept and take control of the sixth sense that lived inside me from before birth. My biological parentage gave me a gift or a curse. The thing that made me more than an average girl.

Under duress, I was impregnated and gave birth to the most vicious serial killer of all time. He is remembered only with shudders of fear. It is my mission to end his life using the tools stored in my DNA.

When I first wrote Eye of the Storm Eilida’s Tragedy it was meant to be a stand-alone. It wasn’t until I got to the end that I realized I needed to further explore and the Ruthless Storm Trilogy was born. The trilogy centers on a specific event that happened. In the first book Eilida witnesses something at her neighbor’s house that scares the pants off her. She runs from the scene. It’s storming and the ground is muddy and slippery causing her to fall and plummet down the mountain, hitting her head on a large boulder. She wakes up in the hospital and doesn’t remember anything. The paranormal connection comes in here and through it she remembers, everything, including what she witnessed. This story became a paranormal fiction award-winning novel.

Each volume is a different characters story therefore, each volume is unique. Volume 2 is more a crime thriller with a paranormal twist including a serial killer and his deranged motives. It’s also a prequel and ends during the event witnessed in Volume 1. Volume 3 is a romantic suspense with a paranormal twist. It picks up a year after the event and ties all the characters and their actions the day of the event together into the twisted shocking truth.

For me that was the end but not for readers. They came at me with questions about the girls the serial killer leaves being physically unharmed. I gave it a lot of thought. There’s no way these girls had picture perfect lives. The series is a thriller so pursuing their lives one can’t expect rainbows and chocolate. There are eight girl’s, one whose story has already been told so that left seven. If it wasn’t for a persistent nagging enigmatic character that is first introduced in Volume 2 it would have stayed at 7 but her story needed to be told. I can’t ignore my readers or my characters so I explored her story and learned so much more about her and the trilogy in general.

When writing a spin-off or a series I recommend a character chart to keep everyone straight, maybe also a skeleton map. Some people are meticulous planners and all those notes will come in handy. I also suggest reading the previous book before writing the next. In a spin-off read them all first. I’m a panster so did none of the above. I don’t suggest doing it this way but when I’m writing a scene or a character from a previous book I open the word doc and “find” what I’m searching for. Another benefit I have s an editor that’s edited all my work.

Promoting is spin-off series is time to promote the first series. Build up hype and be sure to include information about each series in the books. When people enjoy a story, including myself, they don’t want it to end so give them more! 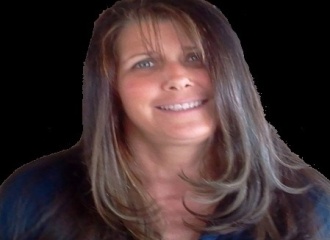 BIO: Elle Klass is the author of mystery, suspense, and contemporary fiction. Her works include As Snow Falls, The Ruthless Storm Trilogy, Zombie Girl, the Bloodseeker series and the Baby Girl series. Her work Eye of the Storm Eilida’s Tragedy is a Reader’s Favorite Fiction-Paranormal Finalist in the 2015 Awards. She loves traveling, especially the Caribbean, and beaches. She is a night-owl where her imagination feeds off shadows, and creaks in the attic. If you’d like to learn more about this prolific author you can visit her website.