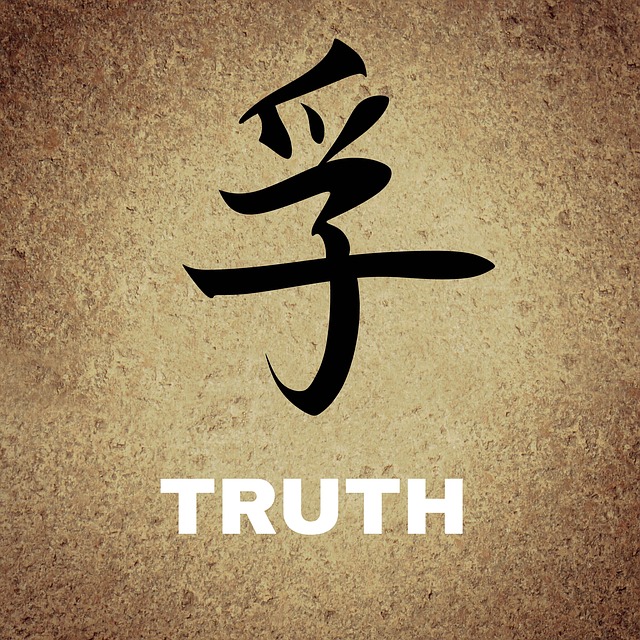 Porter Anderson wrote a very thought-provoking post on Writer Unboxed the other day: Truth Be Told? Truth Is on Thin Ice.

He opens with a formula for ‘authenticity’ as developed by branding expert, Marc Ecko, which is this:

Authenticity is equal to your unique voice,
multiplied by truthfulness,
plus your capacity for change,
multiplied by range of emotional impact,
raised to the power of imagination.

And then Porter uses this formula to springboard into the main topic, which is truth in publishing. And poses these questions:

How good are you at truthfulness? Why don’t we tell the truth more in publishing? And especially in writing?

He answers them in part by using his own experiences from an event called Author Day that he put on in London. Long story short, during the conference things were said that were kind and encouraging, afterward criticism was launched from the same people that was not so kind.

And then he makes the point that many of us have made. We say things that we don’t mean about books we don’t read, to be nice. Or write reviews that a more glowing than they should be, and so it goes. And it’s of course, something that all of us have done. We have our reasons. Maybe to be nice. Maybe to avoid conflict. Maybe because we’re worried that if we are totally truthful, someone may turn around and do the same to us. And each person has their own version of truthfulness, and some versions can be quite devastating.

The Truth Bureau – are we ready for it?

Ultimately, Porter suggests developing what he calls the Truth Bureau. A group of anonymous readers who agree to give the unvarnished truth about books that are submitted for their critique. The books of course would be anonymous too, with no clue as to the author or any other identifying data that might give a clue. This would then ensure that we could learn the real truth about our books. It would possibly be set up as a service for which authors would pay. All from the view of course, of improving their work.

I found this to be a very interesting idea. Certainly on the face of it, there is a lot of potential to opening the doors of truly improving our work. And I don’t know any writer who is serious about their craft who doesn’t want to be better than they are. It’s a natural desire for any artist to strive for improvement – otherwise, you are in essence just phoning it in. And what writer worth their weight in words wants that?

Of course there is the bugaboo of having yet another thing that we indies must pay for. And you can’t swing a dead cat (sorry cat lovers) without hitting some guy with a service that guarantees he will realize your writer dreams. There’s even one guy out there promising people he will make you a best selling author on Amazon – even if you hate to write. Think about that one for a minute. Gives one pause, doesn’t it?

The other main stumbling block, I believe to something like the Truth Bureau is I think, human nature. We can be quite cruel to one another, especially when anonymous. The Internet is teeming with trolls and flamers and people who love to visit their hatred on poor unsuspecting strangers. The whole review system online is problematic. There are so many concerns people have; if they are authors they know that whatever they say online can be found and used against them; writers are cautioned against responding to negative reviews; and conversely I’ve seen writers attack reviewers, which only ends up making people think twice about writing them. And the list goes on. And what’s to say that people wouldn’t sign up to be an anonymous reviewer just to get their hate on?

Likely a service like this would have better oversight than Amazon, where anybody can lob hate bombs with impunity, but there would still probably be damage done before they were removed from participating.

What about a co-op?

Personally, I do like the idea of a Truth Bureau because it has great potential to help authors and thusly readers. Perhaps a co-op of writers and readers who are not completely anonymous but instead are committed to truthfulness. With a list of criteria to follow in their critiques, to avoid the feedback from becoming personal would work. The names of the authors could be left off, so that wouldn’t act as influence and perhaps the reader picks a genre that they read and gets a choice of 3 or 4 titles to choose from. Or perhaps I’ve just described a critique group. Not sure.

I do agree with Porter though, who I believe to be one of the good guys out there, telling the truth as best he can. We need more truth online in general, and in publishing specifically. The current review system is broken. Is is unpoliced and you honestly have no idea what you’ll get. Good. Bad. Hate. Love. It’s all up for grabs. And a crap shoot at best.

But in the meantime, given the way things are currently I will probably still continue to give overly nice reviews. Sorry but I’d rather be safe than sorry. Even with authors I don’t know, I am ever aware of the fact that if I’m too honest I will be attacked whether by the author or their fans or someone else. So, for now, I won’t write the unvarnished truth. Is this wrong? Perhaps. But in my experience, it is the rare person who wants the total truth about their creations. And sometimes a little truth goes a long way.

What about you? Are you totally truthful in critiquing another’s work? Are your reviews/critiques overly nice? Short and sweet? Any ideas on how a Truth Bureau could work? Feel free to tell us what you think in the comments.

Note: I’m offline for a few days but will happily respond to any comments when I return.

This week I am grateful for the truth. In all its many forms. The look that tells it all. The touch that conveys meaning. An honest belly laugh. And the truth that humbles and humiliates – that makes me see I have a long way to go. That I cannot phone it in and expect much in return. That facing up and starting over is so much better than a free pass.

The facts. A candid assessment. Because facts don’t judge or give you extra points for style, looks or pedigree. Facts  just are. Because the truth is something I can work with. Something I can get my teeth into and taste, digest.

So I thank anyone who tells me the truth, even when it hurts. Even when it changes something I’d rather not change. Even when it sends me down a new and tenuous path. Even when I don’t like it very much. It is still the best friend a girl can have. 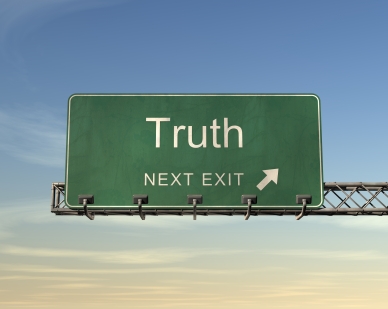 What is the truth? I ponder that often. Is there one universally true truth?? Or is the truth wholly subjective? Or…somewhere in between?

One could proffer that the truth is just the facts. The exact sequence of events—the exact provable elements of the person, place or thing. That works. At least, sometimes.

But, what if the facts aren’t provable? Nobody videotaped it or recorded it in any concrete way. What then? Where and how do we find the trueness or falseness of it?

Perhaps the truth is a feeling—it feels right so therefore it’s true. Maybe the truth is something that aligns to a universally accepted moral code or principle. Or perhaps a process of elimination. We discover the truth by removing anything that cannot stand up to scrutiny and accept whatever remains as the truth.

So…what’s the yardstick for this ungraspable, intangible thing called truth? For me, I believe it’s about what is real. My real thoughts, not rearranged prettily-worded spoken words tempered for acceptability by others. My actual perceptions of the situation or person—unvarnished and simply stated without consideration of how another might react. Straight from the hip and no pulled punches.

Not easy and probably a dangerous approach in some cases, though workable, I think, in the end.

What about you? What is the truth?

I know this is a bit long but I do think it’s fascinating to see what really goes on with government sponsored healthcare. Maybe you will too.