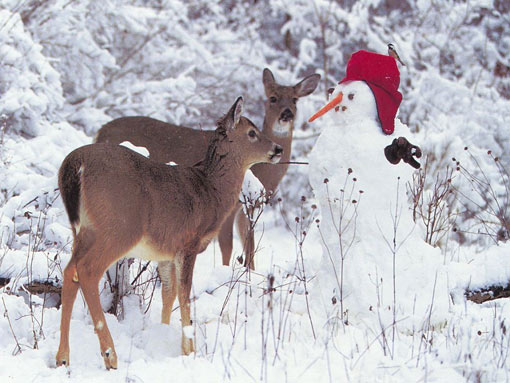 Among my many adventures last year, Christmas wasn’t one of them. I had moved to a new state, started a new life and had many hopes for the future. What never dawned on me was that there would be no Christmas.

And I’m one of those whacky folks who really loves Christmas. Everything about it. From the tacky decorations that the stores put up way too early, to the endless Christmas carols on the radio, to the food. Santa Hats. Reindeer ears. Candy canes. Christmas trees. Even though I hate being cold, I still secretly wish for snow every Christmas Eve.

I collect Christmas movies and force roomie to watch them with me. Typically, I have the Christmas tree up and the house decorated by Thanksgiving weekend. Oh yes, I am a Christmas nut.

But then, last year, I discovered that Christmas was not to be. There was no belief in Christmas trees, or Christmas gifts or any real celebration. It was just another day as far as he was concerned and I got tired of him asking, ‘do you want a Christmas gift?’ I figure if you have to ask then please don’t do it because clearly you don’t want to. And no one should give a gift begrudgingly.

I tried. I found a sad little tree in Home Depot and decorated it – which seemed to amuse him but not in a nice way. I cried a lot. I did send Christmas cards but they were full of apologies for not doing anything else. For being sad and broke and
un-Christmas-y. Probably would have been better off to not send them at all. And then of course, people who don’t believe in Christmas also don’t believe in New Year’s, Valentine’s Day or birthdays either. In a phrase, last year was a bust in ways too many to enumerate.

This year, however, Christmas lives. I am about to put up the tree – even though I will probably moan and groan  as I do so. I’m going to put on Christmas music, and do the house up in silly decorations and maybe tomorrow, I’ll go get some Christmas cards with Santa and reindeers on them and some smart alec saying.

I started my shopping today and though the budget is still pretty tight, there will be presents. Exchanged with people who love to do so. There will be a meal to look forward to and lots of silly, soppy sentimental movies. I’ll find a santa suit for my dog and force her to pose for pictures. I’ll drive around the neighborhood and admire the lights that people have put up. I’ll buy some Christmas candy for the homeless guys who hang around the park. I will celebrate Christmas this year because it means something to me. And it always will.

Maybe though by not having it last year I learned something interesting about Christmas – that it’s not so important how you celebrate it, but that you celebrate it. To me, there is something fundamentally humane and joyous about holidays but especially Christmas. It is the time of year that we let our guards down – we show our love for our fellow man and friends and family and neighbors. It’s special. No matter what your religious beliefs, it is kind, warm, caring, fun, happy, giving. It brings out the best in (most) of us. And I wouldn’t trade that for anything.

So, I hope all of you out there are celebrating too, in one way or another. That you are feeling the Christmas glow, or love or joy or warm fuzzies. I hope that you are feeling your own giving and kind nature and reveling in it and sharing it with others. Christmas lives. In all of us.